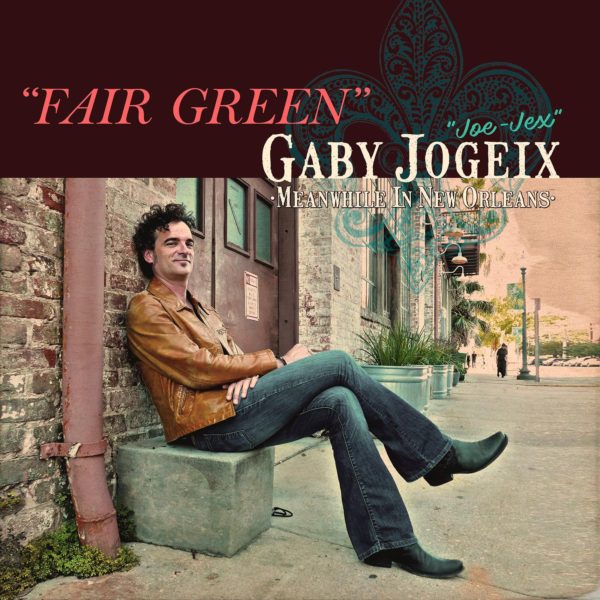 ‘Fair Green’, Gaby Jogeix’s second single breathes the most pure, simple and powerful rock. From the beginning, vocals and his powerful, ala Lenny Kravitz, guitar riff will simply make you rock your head. It is already available here.

While in Mexico during one of his tours as the tour manager and producer of the international artist Raphael, Jogeix wrote ‘Fair Green’ in less than an hour, out of the blue. The band in New Orleans (Eddie Christmas, Kennan Shaw, and Tom Worrell, got the groove immediately. Dan Abbott and Jamey Saint Pierre also threw vocals into the hook. Producer Juan Guevara understood quickly what the concept was all about.

Next week the artist will launch ‘Fair Green’s videoclip, directed by the Goya and Latin Grammy nominee  Nacho R.Piedra (Ara Malikian, Paco de Lucía’s documentary) and shortly after, we’ll be able to watch the album EPK, through which we will discover how the recording process was, who were its architects, musicians, their thoughts and everything that is behind the scenes of an album as special as “Meanwhile in New Orleans”.

In addition, Gaby Jogeix surprises us with a new presentation in Madrid in May (TBC) coinciding with the official release of the album and, shortly thereafter, with several concerts in Mexico, the United States and at the Caslano Festival (Switzerland), on June 18th and 20th.