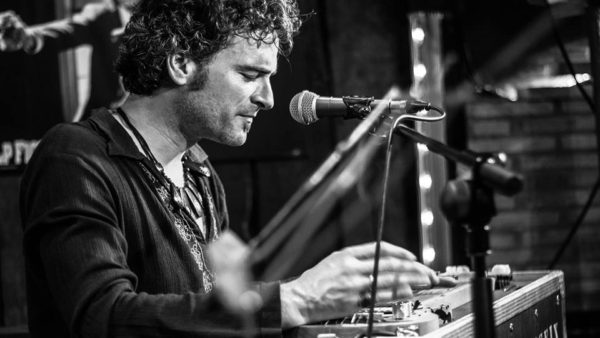 Gaby Jogeix returns to Spain after her trip to New Orleans, a key city in the development of his new album that will be released in 2019.

Thanks to his relationship with Kenny Neal (Baton Rouge, Louisiana) with whom he worked in 2003, and all musical currents of this city, the artist now fulfills one of its objectives: to integrate new sounds and voices to his songs.

An innovative fusión proposal in which Jogeix soaks his work with the great movements of jazz, R&B, blues and soul that have been important pillars in his music. In addition, he performs it in the city that gave birth to the gospel singer Mahaila Jackson, the creator of one of the first albums he heard and with whom has been vocally and instrumentally influenced.

His new album is currently in production and his songs are aimed to emphasize the artist’s voice and the instrumental arrangements that capture the essence of New Orleans: a travel diary.